Unfortunately, my trip began with a memorial service for a family member of mine. However, in between services we were able to explore a local park in Vancouver on the Columbia River which had a great view of both Mt. St Helens & Mt. Hood. It was a lovely break from reality. Of course seeing my family out west was great regardless of the circumstance. I have some really amazing family out in Vancouver and I was beyond happy to squeeze in some real bonding time while I was there. 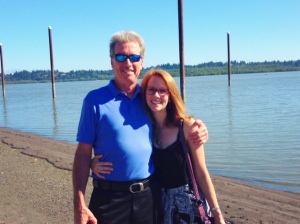 Damn genetics, you really did it this time. 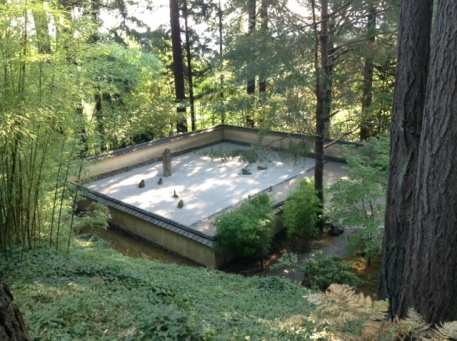 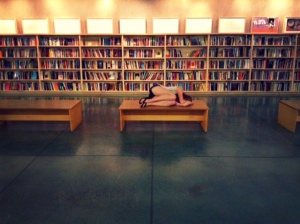 Powell’s book store–having a mental break down when I searched all 4 levels and still couldn’t find the science section. However, they did have the ‘rare book room’ which had books that dated back to the 1600’s. So that may have made up for the lack of science…

Portland Art Museum. They make it a point not to take photos…so I took roughly ten instead.

Underneath ‘the’ hobo bridge–what an interesting experience…although something deep within my soul told me that I would totally fit in if I chose to. 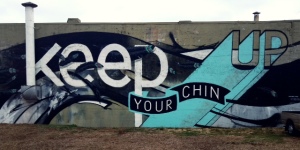 One of the many street art messages on Alberta Street.

I saw this bridge from the street as I was driving by, decided to stop, and in turn met a squatter and his friend who offered me ice cream. I swear they can be the nicest people–just can’t be hesitant to say hello. I snuck a few photos of his rather small…tent/belongings/place of residence. It was an interesting experience to say the least. I then continued my journey to PDX.