Arkansas. Initial reaction…a random state to go to in November…or any month of the year for that matter. But my reason for going, if you can even call this a reason, was for my dad’s beer drinking award. No, not joking, it’s a real thing.

Earlier this month my dad reached his 200th beer at the Flying Saucer in Little Rock. After you drink 200 different beers (you literally have a membership card that records what beers you drank on each night, etc) you get a metal plate on the wall of the…establishment & a free party with your friends and favorite bartenders.

I flew in on a Friday afternoon and met my dad at the hotel. Soon after we started walking around down town so I could get introduced to the small city. We ate dinner at the Flying Fish. (REALLY GOOD FOOD) We then made our way to the Saucer. 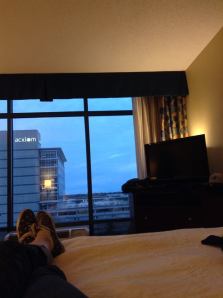 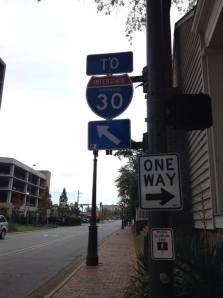 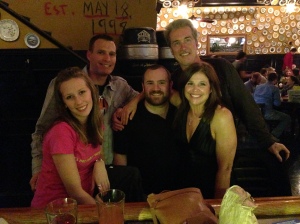 The following day I woke up rather early and walked around town ending up at the market place. This was essentially a building next to the river that had permanent vendors that made breakfast/lunch. I got some breakfast and hung out until my dad decided to get out of bed…

We ended up walking across a huge bridge over the Arkansas river and toured a submarine! We learned that the submarine was the longest active submarine in the world! Used for 56 years–the USS Razorback. This. Was. So. Cool. (6$) 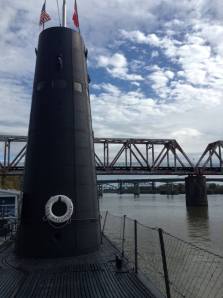 After a long walk back we climbed Pinnacle Mountain…& my legs are still feeling that climb, too. 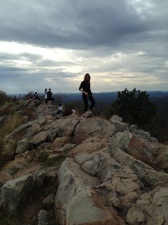 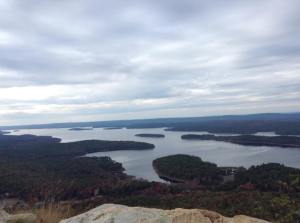 After indulging myself in an amazing cheese and fruit plate…I began to wonder and somehow ended up on a Christmas Trolly! WOO! It was a fun way to end my final night in AR.